A new program to be aired a week from today (Aug. 9th) is all about focusing on that world which is covered by multiple kilometers of water.  The ocean floor makes up much of the earth’s crust and is as diverse, if not more, than dry land.  National Geographic Channel has created a series that will show CGI images, in tune with bathymetry and geology, of regional areas such as the Hawaiian Islands, Bahamas, and Challenger Deep.  The ocean is far from a desert.

National Parks ARE a GREAT idea!

Ken Burns, known well for his documentaries of American history such as the Civil War, jazz and baseball, has completed his latest series entitled ‘National Parks: America’s Best Idea.’  I recently found a video that shows about a 20 minute preview of the series; it looks to be quite informative with great shots and unique characters.  I’ve always enjoyed our national parks, ever since I was very young.  I remember my family owned a vhs on quite a few parks that I would watch over and over.

In 2005 I got a Passport to the parks, one of those booklets where you stamp a page every time you go to a park, and have really enjoyed it.  At that time I was working in northern Minnesota in the Boundary Waters and would take day trips to the north shore of Lake Superior visiting Isle Royale and Grand Portage.  Geology field camp took me to parks in Wyoming and Montana the next summer.  Since 2007 I’ve been in northern Arizona and visited many of the parks in Arizona, California, Nevada, and Utah. 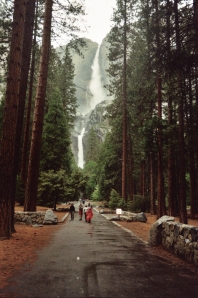 I hope the series gets into ecotourism, as it is an almost hypocritical topic in the park service.  As more and more people visit these amazing places, it gets that much harder to preserve these lands.  Building roads, parking lots, and other infrastructure to help accommodate the masses hardly seems like preservation.  For instance, Grand Canyon NP has about 8 gates for park entrance at its south entrance, often backed up…especially on the weekends.  The first point you come to is often packed with no parking at all and cars lining the road.  It reminds me of Ed Abbey offering a solution of closing parks to cars and renting bikes for people to ride and enjoy themselves.  I believe if this were to happen though, the NPS would lose quite a bit of money…regardless of stimulus money (thanks to Lee A. for showing me these numbers in his blog).

The latest park I’ve visited was the infamous Yosemite National Park just last month.  The water was around peak flow and all the falls were roaring and misting much of the valley.  It was surprisingly not as crowded as I thought it would be.  This might be because of the multiple entrances and a large area of accessibility to cars in and around the park.  Either way, it reminds me of how John Muir would discuss sheep as locusts of the Sierras, but how are paved trails and roads, condos, permanent canvas tents (~$100 a night if your interested), etc any different?  That’s an exaggeration, but it is of concern.

Just to the south of Yosemite lies Sequoia National Park.  An interesting fact about this 2nd oldest park in the NPS is that many of the old roads have been completely removed, as well as other man-made structures in hopes of preserving these great, ancient forests.  I hope this new series will introduce many people to these great parks, help those that know of these parks understand the importance of preservation, and even affect those kids that watch videos of these places and dream of visiting them enough to pursue a lifetime of commitment for their longevity.

Recently, while researching extensional tectonics in the Central Basin and Range, I discovered a strange phenomenon in Google Earth north of the Nevada Test Site, just outside Area 51.  Rachel, NV is known for its central location for UFO aficianados as it is the closest town to the infamous Area 51.  As I was looking for information for Miocene tectonics related to the Las Vegas Valley shear zone, I was a little out of my area of focus.  Just before leaving to fly back south, a bright white and red image caught my eye.  I immediately recognized the classic face and began to question how this wasn’t an overlay.  Stretching 75 x100 meters, this has to be the most profound thing I’ve yet seen in Nevada…and that’s going a long way!  Colonel Sanders smiles big and bright right next to Little A’le’Inn, a local business.  From what I’ve found on the web, it was completely backed by KFC.  Apparently they wanted ETs to prefer Kentucky Fried Chicken over any other food group!  I’m not posting any images of the work of art as it is more fun to find it yourself…just type in Rachel, NV.

I recently taught a lab section in our geologic disasters class here at NAU the topic of landslides (mass movements). In scrambling to put a nice PowerPoint together I came across an interesting site.  The website has links to various write-ups of the incident, that being a debris flow on the Sultan River in Washington.  The video captured that day in late 2004 is one not to miss.

Of Pirates and Hydrocarbons

On Thursday, January 29th, another ship was hijacked by Somali pirates in the Gulf of Aden.  It is a German LPG tanker that was staffed by a 13 member crew.  The article, out of Nairobi, discusses that nobody is hurt and the ship was last seen heading south toward the  Somali coast.  This attack, plus the significant hijacking near the end of last year of the 2 bb oil tanker Sirius Star, got me thinking and exploring this issue a bit.

I found an article on how negotiations are made.  Most of the negotiations are handled in the U.K. and generally take 1-2 months.  In the case of the Sirius Star, the money is dropped from the air but often, as the article states, it is delivered on the water.  This presents problems with other pirates in the area, like a feeding frenzy of sharks.

I still have trouble understanding how a few small boats from Somalia can take a 200,000+ DWT tanker.  These boats should have some kind of defense mechanism for this particular problem.  Many do evade and escape such attacks but not all.  It’s understandable that there is precious, hazardous cargo but I’m sure there is a better way to avoid dropping 72 million dollars each year in overall costs.

I found a great site that updates these attacks and plots them on google maps for ease in viewing.  It gives an overall description of what happens and classifies the events in three groups:  Actual attacks, attempted attacks, and suspicious vessels.  The description for last Thursdays read,”Heavily armed pirates in a speed boat chased and fired upon a LPG tanker underway. Pirates boarded and hijacked the tanker and are sailing it to an undisclosed location in Somalia. Further reports awaited.”

As somebody going into the E&P industry at the end of this year, I’m always curious about these international problems. Even though I can’t do anything at the present, I like to think of the best way to handle such situations.  The site link I provided above to the IMB piracy reporting center is completely volunteer and funded by contributions.  I’d imagine their funding reflects their ability to help.  Earlier last weekend, Japan sent ships toward the Gulf of Aden to help protect shipping lanes.  This adds to a number of countries (Britain, France, Germany, Iran and the United States, China and South Korea) already there or en route.  There has also been discussed a linkage to these pirates and a terrorist organization in the middle east.  I won’t go into detail there but it’s all over the news. 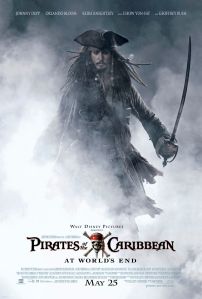 Pirates of the Caribbean = Classy 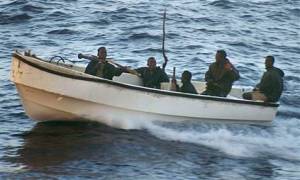 Pirates of the Gulf of Aden = not so classy

I don’t think James Hutton was discussing blogs when he said “…no vestige of a beginning…” as this is the beginning of mine.  Historical geology was a favorite class of mine and really sparked my interest in this great field.  I hope that with this blog I can help drive conversation, initiate constructive thought, and rekindle my own interests in the sciences, especially that of our earth.